Maybe it’s the nature of modern politics to turn everything into a weapon. Canadians got a disturbing glimpse of what could be the new normal in the relationship between politicians and the courts last month as Ontario brought its fight against Ottawa’s carbon tax to the Ontario Court of Appeal.

Because the court understood the broad public interest in the case, it opened the proceedings to TV cameras. And because the court is an appellate court, its justices were expected to have some pointed questions for the lawyers representing both sides.

Someone might have explained that last part to the people running government comms at Queen’s Park. On April 16, the federal government’s lawyer was presenting arguments in favour of imposing on Ontario a carbon tax meant to reduce carbon emissions and fight climate change. Justice James MacPherson pressed Ottawa’s representative to explain why Ottawa was imposing the tax when — thanks in large part to the shuttering of coal plants under previous governments — Ontario had “achieved (emissions) reductions of 22 per cent.”

“Why don’t you just leave them alone?” he asked.

It was a wild misrepresentation of an appeal court hearing, and it earned the Ford government a lot of razzing online. One of the first to tear into the province for trying to turn a court proceeding into a stick to beat the feds with was Joshua Sealy-Harrington, a former Supreme Court of Canada law clerk, now a grad student at Columbia Law. From his vantage point in NYC, he’s been watching the political weaponization of the American justice system with alarm.

“I sincerely hope that it never gets to the level it has in the U.S.,” he says. “But we’re probably going to see more of it in Canada.”

The Ford government’s tweet betrayed, at best, a fundamental misapprehension about the nature of appellate courts.

“Trial judges primarily have to consider the effect of their decisions on the people in the room,” says Sealy-Harrington. “Appellate courts set precedents that can affect an entire province, or the whole country. So judges at that level are often less interested in the immediate legal consequences and more interested in the long-term implications. So you’re going to see those judges play devil’s advocate more often.”

The five judges on the Court of Appeal haven’t been taking sides. They gave Ontario’s lawyer his own grilling earlier in the proceedings, asking him to explain how the carbon tax imposes an unfair burden on households (given the federal government’s promise of rebates) and what the province intends to do in the absence of carbon pricing to fight climate change.

“The more political the process becomes, the greater the pressure to close off the level of access the public enjoys now to these hearings,” he says. “That would be a terrible shame. I’d be loath to see Canadians lose that access just because some people were using it to score political points.”

Hrick tweeted last month that the Ford government’s brief exploitation of Justice MacPherson’s words “says more about Ford’s disregard for constitutional norms than it does about whether televised hearings are a good idea.”

Perhaps the fact that the premier’s office subsequently deleted the tweet suggests this isn’t quite a trend yet. Even if the Ford government cares little for “constitutional norms,” it apparently cares a lot about being embarrassed online.

And humiliation, says Ottawa-based criminal lawyer Donald Bayne, may be the only practical check on politicians’ exploitation of court hearings. “It’s not so easy to deal with these things in a Charter-compliant way,” he says. “I suspect something like this will happen again. And I think the justice system will move to regulate if this becomes an endemic problem.

“But it won’t be easy. It’s like obscenity law — subjective, hard to agree on where to draw the line.

“Which is why it’s interesting to me that the tweet was deleted. Public opprobrium is one way these things get worked out, how political parties are compelled to exercise some self-restraint. Cheap, partisan political pranks like this are not new, but in this case, the people behind it clearly recognized they’d crossed a line.

“The marketplace of ideas has a way of policing itself.” 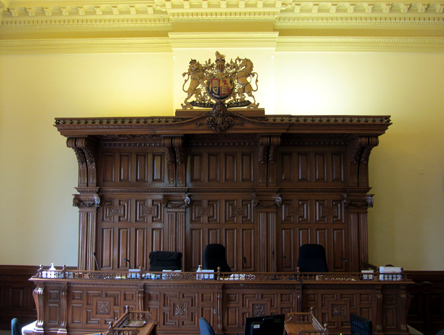 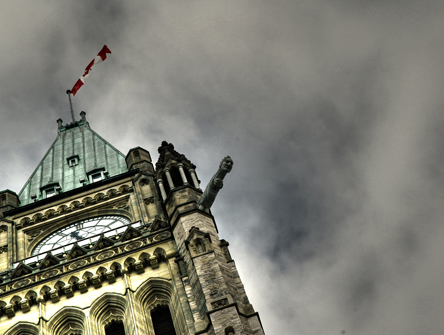 Magistrature Budget 2018: What's in it for justice 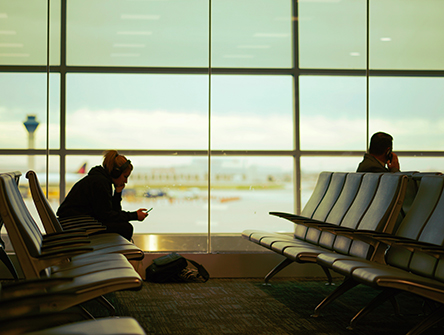 A constitutional challenge by a group of Quebec Superior Court judges may have profound implications for access to justice in Canada.