Edgar Schmidt sued his own ministry over its process for vetting legislation, exposing the ethical conundrums that government lawyers face.

Last December, Edgar Schmidt, the general counsel in the Legislative Services Branch of the federal Department of Justice, personally served the Office of the Attorney-General with a statement of claim, alleging that his own ministry had acted unlawfully by failing to properly review the constitutionality of draft legislation.

The next day, Schmidt’s immediate superior, Philippe Hallée, advised him by phone that he was suspended without pay for filing the action. Later, he sent Schmidt an email adding that he was denied access to his office.

The soft-spoken lawyer is now embroiled in a court case that not only goes to the heart of the federal legislative process, but also raises issues about the ethical duties of government lawyers and the tension between whistleblowing legislation and rules of professional conduct. The matter is expected to go to trial in the next six months.

Today, Schmidt, who earned between $120,000 and $160,000 per year, according to court documents, no longer works for the government and lives on a reduced pension. However, he has no regrets about what he did. As a lawyer, he says he felt compelled to take legal action against what he considers to be an unlawful practice. As a Mennonite, he believes it is a matter of conscience.

“That would be borne out by Mennonite experience. This is part of what has made me perhaps more sensitive to the state’s abuse of its power than others might be.”

This was not the first time that Schmidt had expressed concerns about the vetting process. He had raised the issue over a 10-year period with higher-ups, including the deputy minister of justice and the chief legislative counsel. His duties included doing an initial assessment of proposed legislation for inconsistency with the Canadian Charter of Rights and Freedoms and the Canadian Bill of Rights pursuant to the statutory examination provisions adopted by the Department of Justice.

On July 19, 2012, he made a request under the Public Servants Disclosure Act seeking $1,500 for a legal opinion assessing the adequacy of the department’s legislation vetting practices. It was turned down by the Public Sector Integrity Commissioner of Canada on the grounds that the allegations were unlikely to lead to an investigation.

As his 60th birthday approached, he felt duty-bound to have a court decide the matter. He filed a lawsuit in Federal Court on Dec. 14, 2012, seeking declarations on the correct interpretation of statutory provisions used to assess whether proposed legislation complies with the Charter or Bill of Rights.

Since 1993, his statement of claim says, those provisions have been interpreted to mean that proposed legislation must be “manifestly” inconsistent with the Charter or Bill of Rights in order to be declared not constitutionally compliant.  If, in the opinion of counsel, a provision is “likely or even almost certainly” inconsistent with the Charter — even if the likelihood is 95 per cent or more — but an argument can be made that it is consistent — even if that argument has a less than five per cent chance of success — then there is no duty to inform the House of Commons that there is a potential Charter issue (unless the minister forms a different opinion.)

Schmidt argues that section 4.1 of the 1985 Department of Justice Act requires a “considered opinion as to whether any provision of the relevant legislation is more-likely-than-not in­­consistent with the Charter. He contends that statutory examination provisions which govern reviews of proposed legislation under the Canadian Bill of Rights, the Department of Justice Act and the Statutory Instruments Act have been unlawfully transformed to focus “on the core question of whether there is any possibility (even if the possibility is very slender) that a proposed bill or regulation is consistent with the Bill of Rights and Charter” instead of the broader question of whether the provision is consistent.

(In its statement of defence, the Attorney-General says that “the Minister ascertains that there is an inconsistency between a proposed legislative measure and the guaranteed rights only where there is no credible argument to support the proposed measure — that is an argument that is reasonable, bona fide and capable of being raised before and accepted by the courts. This requires substantial, but not absolute certainty on inconsistency, and is not based on fixed percentages.”)

Schmidt believes this issue is important because the departmental standard of vetting bills “has the effect of shifting the burden of disciplining state law-making virtually entirely to the citizen.

“Instead of the state of self-restraint that Parliament has intended by putting in place these pre-enactment examinations, the current approach … means that it will virtually always be up to the citizen to discover and challenge legislation that does not conform to the Bill of Rights or the Charter or regulations that are not authorized,” he said in his court filing.

As it turned out, the lawsuit raised other thorny issues: the nature of solicitor-client privilege for public sector lawyers and their ethical duty to provide valid legal opinions.

The Attorney-General initially argued that Schmidt had violated solicitor-client privilege by revealing the contents of four department policy documents in his court filings. It called for the action to be dismissed, saying it should be adjudicated before the federal Office of the Public Sector Integrity Commissioner.

On Feb. 22, 2013, lawyer Alain Préfontaine said the federal government was dropping its motion for dismissal and its claims with respect to the alleged breach of solicitor-client privilege, saying “in order to promote an expeditious resolution, the defendant wishes to proceed directly to the merits and no longer seeks to strike or stay this action.”

The retreat on the privilege issue is problematic, says Adam Dodek, a law professor at the University of Ottawa and an expert on the subject of solicitor-client privilege.

“[Once] Mr. Schmidt filed his application in Federal Court, and contested, the federal government withdrew its claim for privilege over some of those materials.  That is problematic because a document or a series of documents is not subject to privilege one day and not privileged the next day,” Dodek said, adding that he doubts the broad claim of privilege that the government originally asserted would have held up in court.

“I don’t think it is consistent with the privilege doctrine because these were about policies about how government lawyers do their work, they were not legal advice about a particular legal matter.”

Instead of trying to attach privilege to the policy documents, Dodek says, the Attorney-General should have made them public. For example, the Ontario government’s Crown Policy Manual, which deals with how prosecutors make decisions in criminal prosecutions, is available on a website.

“The Schmidt case shows [the Attorney-General’s officials’ ] unwillingness to release this information and now, as a result, they are having a serious challenge in explaining the policies and the standards on which the Attorney-General of Canada determines whether or not to report proposed legislation to Parliament as infringing the Constitution,” he added.

Joseph Arvay, who represents Schmidt, said the case presents the court with the unique opportunity to determine how the Minister of Justice — when advising Parliament on proposed legislation — ensures   that respect for the Constitution always prevails over political or even policy considerations.

“The case also raises some fascinating questions about the nature and extent of solicitor-client privilege when a lawyer in the Department of Justice asserts that his Minister of Justice is not complying with the law,” he said in an interview.

Furthermore, as Professor Alice Woolley of University of Calgary Law School argued in a faculty blog, lawyers who actually engaged in the conduct described in Schmidt’s statement of claim would be guilty of seriously unethical conduct.

“A lawyer who opined that legislation is not inconsistent with the Charter of Rights and Freedoms where that legislation has only the slightest chance of surviving a constitutional challenge (5%!) would not have engaged in good faith interpretation of what the Department of Justice Act requires of the Minister of Justice,” she wrote.

Schmidt's whistleblowing successfully brought his issue to light. In March 2012, Federal Court Judge Simon Noël commented that there is “a higher interest at play” to assure the public that draft legislation is properly reviewed in line with what the legislation requires.

Joanna Gualtieri, founder of the Federal Accountability Initiative for Reform (FAIR), an Ottawa-based body that “promotes integrity and accountability within government by empowering employees to speak out without fear of reprisal when they encounter wrongdoing,” gave Schmidt some advice when he first considered blowing the whistle.

“For someone who is a neophyte, he has done an unbelievable job of navigating this,” she said in an interview. “He has done everything right.”

David Hutton, FAIR’s executive director, has dealt with about 300 whistleblowers over the past five years. “Ed’s case stands out because he has been successful in getting the issue out there, and alerted the authorities, and while he has clearly taken a hit — he has lost his job, and he is on a reduced pension — his life is nonetheless intact; he kind of expected this to happen and he was prepared for it, and his employment situation was resolved very quickly — extraordinarily quickly.”

Still, he paid a steep price. And his experience exposes the conundrum faced by government lawyers caught between their duties to their client, whistle-blowing legislation and ethical duties set out under codes of professional conduct, especially the duty to provide an honest and independent position based on their understanding of the facts and the law.

Dodek sympathizes with government lawyers caught in the morass. “What is there for Mr. Schmidt or other people like him to do in this sort of situation?” he said.

“This case really shows the lack of support for government lawyers who are faced with very serious ethical problems … The government should have an office of professional responsibility where [government lawyers] can go and get ethical advice and where they or members of the public or anybody else can make a complaint about the conduct of a govern­ment lawyer.” 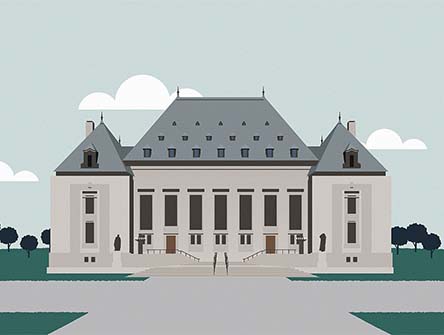 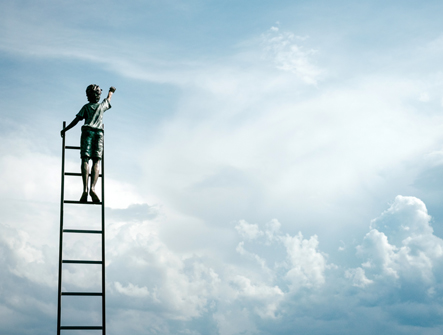