Working in prison isn’t supposed to make anyone rich. But many working inmates in Canada are finding themselves getting poorer.

Inmates in Canada’s federal and provincial institutions can get hired on a number of jobs —sweeping floors, preparing food, or even performing repairs for National Defense equipment. Most involve menial labour, but they offer a chance to do something productive while inside, and to make a little money. At least, they’re supposed to.

Over the years, Canada has — much like the United States — become increasingly reliant on prison labour. All the while, pay for prisoners has declined as the correctional system tries to keep costs down.

It’s no small matter; having money in prison is important. For starters, prisoners often need to seek out extra food from the canteens to round out their diet. The quality of prison food has gone from bad to worse in the past decade, as the federal government sought cost savings inside.

And then there are routine expenses. In 2016, the federal government finally implemented a long-planned “national inmate purchasing catalogue.” According to a report from the Correctional Investigator of Canada that year, “the quantity and quality of items offered is inadequate and the prices are far frequently more expensive when compared to those in the community.” A television set in the catalogue, for example, can cost double what it would in the community. Inmates must buy their own soap and shampoo as CSC no longer provides them.

No wonder prisoners increasingly rely on employment income. The trouble is that Ottawa decided to slash their pay in 2013 by 30%. Today, inmates can expect between $5.25 and $6.90 per day, with most earning at the low end of the scale. But deductions can reach as much as 30 per cent for “food and accommodation” and phone fees, on top of other deductions for outstanding fines.

Add inflation to the mix and prisoners have to contend with “continued and progressive erosion of inmate purchasing power,” according to the Correctional Investigator. For most, there is little left at the end of the week to be set aside for savings or maintain contact with families, or purchase everyday hygiene items. With no resources upon release, former inmates face significant challenges in transitioning to a crime-free life after incarceration.

In a normal workplace, such sudden and drastic wage cuts would likely inspire a union drive. And that’s what happened at Kent Institution, in British Columbia. Prisoner David Jolivet requested permission to visit cells in the facility to get inmates to sign union cards. The institution refused, so Jolivet took his case to both the Federal Public Sector Labour Relations and Employment Board and the Canadian Industrial Relations Board.

His case was straightforward, arguing that offenders in federal penitentiaries retain the same fundamental rights and privileges as ordinary citizens, including the right to participate in a labour organization.

The public service labour board found that inmates are not employees per se, and if they were, they would not be considered public sector employees. The industrial board came to a similar conclusion.

Asaf Rashid, a Toronto-based lawyer who has focused on an array of legal issues facing inmates, penned a 2017 paper laying out the case for how the courts and tribunals may yet recognize the status of federal inmate as workers capable of exercising their statutory and Charter rights.

Rashid notes that inmates compete for positions and receive remuneration, much like employees do. Meanwhile, the institution exercises control over their method of work, as an employer would, and can discipline or dismiss the workers. What’s more Correctional Services Canada, “obtains a real economic benefit through the labour provided by [federal inmate workers.]”

Technically, inmate employment in Canadian prisons falls into two categories. The first is the rehabilitation program of CSC – known as CORCAN –  which helps offenders acquire employability skills for after their release. The other is labour, intended to support everyday prison functions — like cleaning, or staffing the canteen. Both benefit the institutions and the Government of Canada.

And both jobs pay equally, though until 2013, CSC offered bonuses for inmates who performed CORCAN work. That benefit was also eliminated with the pay cuts in 2013.

And both jobs pay equally, though until 2013, CSC offered bonuses for inmates who performed CORCAN work. That benefit was also eliminated with the pay cuts in 2013.

Though CSC reported $57 million in revenue in 2018, coming mostly from the sales of goods and services produced by low-cost inmates, the CORCAN program is not exactly profitable. According to a detailed report from the Financial Post, it cost between $32-51-million a year. The report concluded that the program needed a total overhaul, or be shut down.

Instead, the Canadian government appears to be trying to squeeze ever-more profits from it. The workers, meanwhile, have no real power of recourse.

The federal inmate workers “exist in a very vulnerable condition where they may be subject to discipline by their jailer-employer if they are seen to be unreasonably refusing directions of their employer, which can impact their rehabilitation score and their release date,” Rashid writes.

Even if these workers are not considered public sector employees under the law, Rashid argues that a Supreme Court ruling, which paved the way for labour representation for the RCMP, establishes a precedent which could apply here. “There is now a constitutional basis to allow inclusion of employees previously excluded from collective bargaining rights,” he says.

“Without the relatively low cost inputs of [federal inmate workers] in CORCAN, the business could not have experienced the same level of success and expansion CSC has noted; nor could CSC and other federal government departments benefit from relatively cheaper products and services provided through the program,” he writes in his conclusion.

The effects of that business success and expansion were at the heart of arguments made in Federal Court in a 2017 case. Lawyers argued that federal pay cuts for prisoners and the general state of work inside Canada’s penitentiaries amounted to cruel and unusual punishment, and engaged the Canada Labour Code.

More than a dozen current and former inmates brought the application for judicial review, alleging they were pressured to work for the institution — even as that work ultimately impoverished them.

Claude Joy, one of the applicants, told the court that he felt the prison pressured him to work in CORCAN because it was understaffed. When Joy refused, he claims, they placed him in solitary confinement.

“[Joy] was never pressured to work for CORCAN and could have applied to other positions,” reads a summary of the government’s affidavit, which also contended: “Inmates not participating in programs must remain in their cells with the doors locked during business hours and that this is not considered ‘isolation’ under the [Corrections and Conditional Release Act.]”

Other inmates alleged that the cuts to their pay made it impossible to afford over-the-counter medicine and reduced their ability to support their family.

The wide-ranging challenge, which tried to invoke international treaties on labour rights, failed. The Federal Court found that was no clear case for constitutional infringement. It then went on to dismiss the argument that the Canada Labour Code established an employee-employer relationship. It held that the Corrections Act is “unambiguous in establishing that the payments made were to encourage participation in institutional programs and social reintegration, rather than as compensation for work."

The court went on to award the government of Canada costs.

The applicants have since applied to have the case heard at the Federal Court of Appeal.

Marie-Claude Lacroix, of Simao Lacroix, was counsel for one of the inmates filing for the judicial review. She acknowledges that winning at the appeals level “is going to be hard,” but says she’s confident in the relatively novel legal arguments that were brought before the court. She says the position of the court in last year’s decision was fundamentally more “a political position than a legal position.”

Lacroix points to a 1990 Federal Court case that affords them some hope that they can convince the appeals judges that inmates who work for Correctional Services Canada are, in fact, employees. A former inmate had sued for ownership of art he created while incarcerated. The Crown won its case by arguing that the plaintiff had been paid for the work, thereby giving it ownership over the final product.

According to Lacroix, there are also several rulings on what constitutes cruel and unusual punishment in Canadian prisons, which may convince the court on the need for better safeguards around employment and pay. She notes that in some institutions, participation in CORCAN is required for some length of time. “You have to. It’s not an option,” she says.

And the growing disparity between payment and the cost of living inside these institutions should, she says, push the courts to consider the impact on inmates’ Charter rights. “That was the point that I tried to make in the appeals division court, but the judges seem really reluctant to think of it that way.”

The courts have evolved on recognizing prisoners’ rights, says Lacroix. But progress has come slowly, and requires more attention and pressure. At present, many inmates are forced to represent themselves, and access to counsel is an ongoing problem.

“In New Brunswick and Nova Scotia there are almost no lawyers who do prison law, so the inmates have to do those cases alone,” she says. Even for provinces with lawyers who specialize on that front, “the work is way more than we can get from legal aid.”

And given the potential impact a win for Lacroix and her clients could have, she thinks this may ultimately have to reach the Supreme Court.

For the time being, Lacroix says the Canadian government can still get away with a lot. Public opinion, coupled with hesitation from the courts in pushing the envelope on expanding prisoners’ rights too far, have made tackling prison poverty an uphill climb. 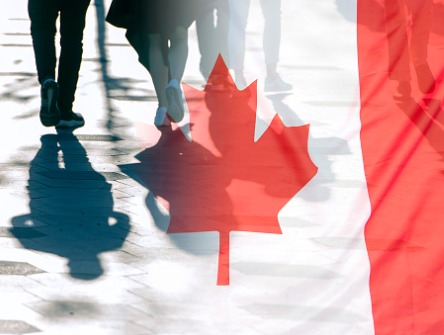 Don’t remove spousal applicants while their immigration application is processed. 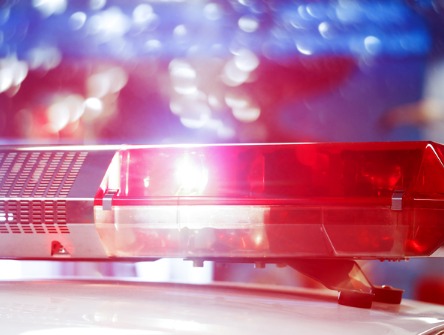 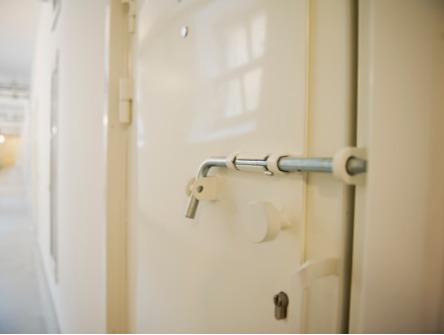 The CBA’s Committee on Imprisonment and Release supports a private member’s bill that contributes to ending the practice of solitary confinement in Canadian prisons.